I have spent some time with Gys Olivier on each of my last three visits to South Africa. It is always a pleasure to discuss his experiences and to check out some of his projects. I love the way many Afrikaner farmers have an inherent respect for nature and an all-important sense of gratitude. Meals are always preceded by saying Grace, where diners link hands and pay their respect to the soil, the food producers, the cook, and the people with whom they share the meal.

Gratitude is a universal law and it is an inextricably linked to happiness. Think about the truly happy people you know. Are any of them ungrateful? Many of us could benefit by acquiring the simple habit of saying "thank you" upon waking and before sleeping or eating. South African farmers face some of the biggest challenges of any farming community anywhere, but they manage their situation with admirable grace and integrity. Their pragmatic nature has helped them become world leaders in biological agriculture and they will be teaching the rest of the world before long.

During our time together, Gys described the experience of long-time friend, Dirk de Beer. Dirk has a Masters degree in Agricultural Science and was a consultant for a leading South African fertiliser company for years. His farm featured less than 0.3% organic matter, so he was skeptical about the potential of a biological approach. Then, as is often the case, a small disaster set him on a path of experimentation and he is now committed to the concept of working with Nature rather than against her. Dirk now produces potatoes, carrots and onions, which are in big demand in luxury resorts in neighboring Botswana, Namibia and Angola. They are popular because of their superior taste and their extended shelf-life in the heat. This is linked to increased calcium and silica uptake due to enhanced biological activity.

Following a ravaging hail storm, which had killed much of his crop and dropped the grading on the remainder, Dirk visited his old friend Gys to compare losses. They had both suffered the storm at its most intense, but Dirk was amazed to see much less damage amongst Gys’s more resilient biological crop. This was the turning point for a man destined to become a passionate biological farmer. Gys suggests that his friend is a man of few words, but his favourite comment when discussing the secrets of profitable farming is this: "There are three things that really make a difference – carbon, carbon and carbon." In this context, Dirk has become an avid composter and his only repeat gripe relates to a lack of ingredients to make more. He currently produces 30,000 cubic metres each year.

Dirk’s successful compost recipe involves a combination of feedlot manure and chicken manure for the nitrogen component. The carbon component is derived from wild acacias called camel thorn trees. These vicious thorn trees are harvested with a front loader and mulched, before becoming part of the compost. You must avoid putting your hand in the compost for the three weeks it takes for the thorns to break down. These harsh trees provide more than just carbon, however. The thorns are loaded with silica, which becomes available during the composting process. During the latter half of the composting process, a little lime and gypsum are added (these are included after the thermophilic stage to minimise nitrogen loss). Dirk has done the maths and notes that the completed compost costs him the equivalent of $34 per cubic metre, for a combined mineral value of over $80 – and that does not even factor in the carbon or microbe inoculum effect of the compost. I guess it is no surprise that Dirk laments the lack of raw ingredients in his region to allow more compost manufacture.

It is always a joy to observe the ongoing passion once you have made and applied your first successful batch of compost. At that point there is no going back. You are a convert. Recently I phoned one of my broadacre growers in Australia after his farm had been decimated by a Category 5 cyclone. I expected to hear his complete despair, but his first words were, "Yeah, I got hit real bad, but you ought to see how much stuff there is to compost out there!”

Besides his precious compost, Dirk is a big fan of NTS Soluble Humate Granules™, Nutri-Life Platform®, kelp, fish, compost teas, vermicast and liming. He also favours intensive cover cropping and uses a combination of sorghum and brassicas to manage his nematode problem.

Gys is also a strong proponent of the NTS product, Stock Saver Vet™, for boosting animal production. He cites a very successful lick powder recipe where he combines a by-product from the sugarcane industry, called Amino K, with other ingredients, including Stock Saver Vet™. Gys used the liquid Amino K product to combine with a simple mixture of rock phosphate, rock salt (30%) and Stock Saver Vet™ (1% ). The phosphate, salt and molasses-like liquid are blended to create a doughy consistency. The end product, which should always be mixed up in the heat of the day, has a shelf life of six months. However, Gys claims that it never lasts for more than 24 hours in the paddock, even though the high salt component helps to limit consumption. This lick is tremendously effective just after calving or lambing.

Gys has also had tremendous results by supplementing meat chickens with Stock Saver Vet™. He has set up multiple trials involving treated and untreated birds in enclosures involving 50 chickens in each trial. His proven, high-performance application rate involves supplementing a total of one tablespoon of Stock Saver Vet™ each day for every 50 birds. This is a higher rate than we have ever trialled, but the results have proven spectacular. The treated birds gained an average of 300 grams more weight in the 40-day cycle. They eat about 15% less, they drink more water and they sleep more. The Stock Saver Vet™ chickens were noticeably calmer and they experienced 7% less mortality over the control groups. Gys reports that the treated chickens must be killed on day 40 or they get too big and struggle to walk.

If you would like to seek more information about some of these strategies, you are welcome to contact Gys directly on gyso@pop.co.za.

*To read Part 1 of this article, please click here.* 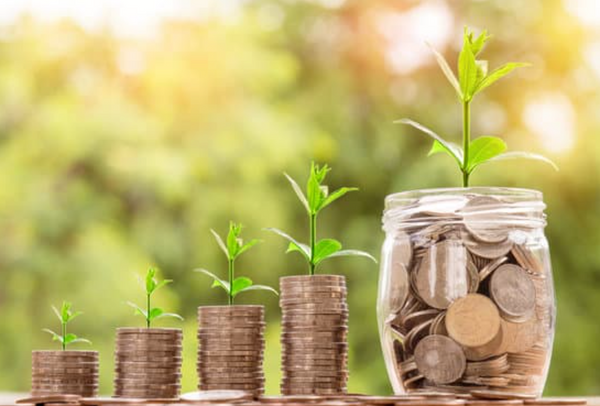 Most of the many growers I work with around the world are reeling at the rising cost of fertilisers and farm chemicals. Urea is at record prices, the DAP/MAP duo have doubled in cost and potassium prices are increasing by the month. It is hard to see how conventional